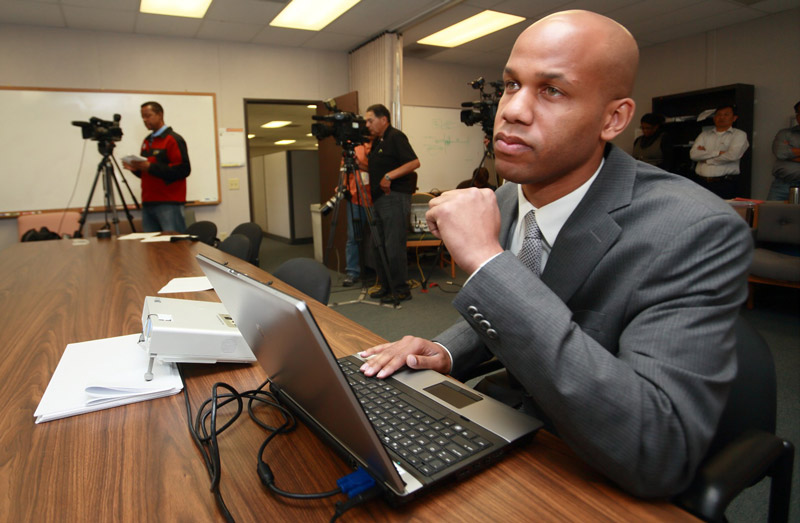 Walter Wallace is the creator of the SentTell application and founder of the SentTell Scholarship. Mr. Wallace has always been an advocate of assisting those in need and offering educational support to members of disenfranchised communities. It has been his passion to give back ever since he was young.

"Being a first generation college graduate, I know first-hand the financial struggles that go along with attending college.” -Walter Wallace

Walter attended Redlands East Valley High School (REV) and graduated in 2003. As a freshman, Walter placed heavy emphasis on athletics rather than education. He showed a passion for athletics, playing three sports while striving to keep up with academics. Since nobody in his family attended college, Walter accepted his counselor's path to just graduate from high school. Unfortunately, this path did not put him on track to be eligible to attend a four year university.

Fortunately, Walter was introduced to the AVID program (Advancement Via Individual Determination) by his freshman basketball coach, Coach "O" (Yon Okorodudu). Coach "O" informed him of the support and mentorship he would receive as a participant in the program. Walter immediately agreed to join, receiving an appointed AVID counselor who recommended classes he should take to change his trajectory from a plateauing high school graduate to a first generation college student.

"As a freshmen AVID student, Walter was extremely motivated to reach his full potential in not only athletics but in academics as well. He was always positive and open-minded, taking the more challenging classes to guarantee his success. That unique and admirable character trait only continued throughout his high school career. Walter was a huge motivator for his peers’ success. When he went to college, he continued to “pay it forward” by giving tours and continued guidance to my AVID students". -Jana Bailey, Redlands East Valley, AVID Coordinator

Walter attended California State University, Sacramento where he played football and served as the Vice President of University Affairs. He went on to graduate in 2008 with a degree in Digital Communications. He currently works for the Bay Area Air Quality Management District where he serves as a Spokesperson.

Walter has been deeply motivated to give back to underrepresented and disenfranchised communities. Creating the SentTell application has allowed him to give back in the form of four $1,000 scholarships per year.

Walter says, "My hope for these scholarships is continued financial support for years to come. I want to create an environment that supports ambitious students from traditionally disenfranchised communities."